Fixing a piece of One’s retrieve 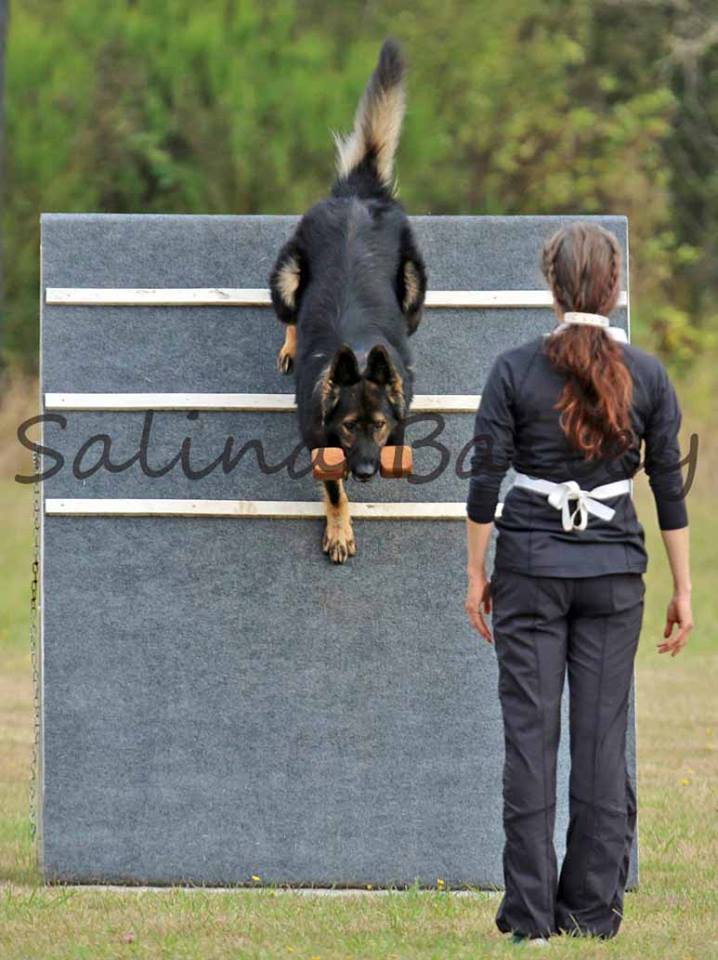 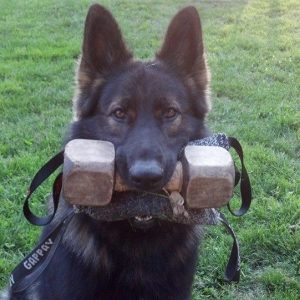 my upcoming IPO 3 trial with Ones (no date set but you know eventually I’ll get around to it….perhaps more about that in a future blog entry), I was going through his obedience video of his IPO 2, and figuring out what I had to re train, what held together and what didn’t.

One of the things I love about trial video and trials in general is that they are a snapshot of where your training is at that moment in time. It’s good to look at them, take notes, train new stuff, put the videos away, and take them out again when you are ready. Some times when I look at what didn’t hold up in a trial situation I have no idea how to remedy it! Those are the behaviors that I take note of, and then put away again for 6 months or so, hopefully to be taken out when I do have a better idea of how to fix them. One’s unsettled behavior after I asked for the dumbbell was a piece I had to put on hold, after I fixed his slamming the dumbbell into my stomach on his return.

I noticed that on 2 out of 3 retrieves, when I asked Ones to out the dumbbell, he rocked back, and danced his feet around, wagging his tail. In the second one, he even got completely up from his sit!

Now, I love a waggy tail in obedience, and Ones has a banner like none other. But I also want that cute butt of his firmly on the ground. If he can wag his tail and remain in a sit, fine. But if he can’t, it’s not the high quality obedience skill I’m looking for.

(By the way, there are a couple other things that could bear fixing on that retrieve, but this blog is about the unsettled sit. I like to tackle things one behavior at a time.)

Let’s figure out what he doesn’t understand and let’s form a plan to fix it.

I thought it was the sit after the out. Does he understand that he should sit after outing the dumbbell? Should I reiterate a cue to sit? Should I use a reinforcement sequence that strengthens this? He has one, Cheap, which means I will bring the toy to his mouth and to not move in between the verbal cue and the ball in the mouth, at which time he can tug.

So, I tried that. Here’s a 2 minute clip of a 6ish minute training session, asking Ones what he knows and doesn’t know, with all the play cut out. (that’s a neat ratio! 4 minutes of play to 2 minutes of training) Captions explaining what I am doing added at the top of the video.

I’ve always noticed this about him when I ask him to out the toy. He has to stare at it for a moment and I have to confess I’ve let this behavior continue, and I’ve not been good about teaching eye contact to me directly after the out. Well, I’ve got an impending trial, and dancy feet after the dumbbell out. Let’s go back to foundation and teach him that Los means a “to do” behavior. Look at me with steady eye contact, no deviation and no glances towards anything. You would think that my dog would have this skill! But evidently not as well as I thought.

Assumed in this plan is that the dog already has an offered start button behavior (offered front, or collar grab for the retrieve), and that I know his “tell” in the reinforcement process (for Ones, chompy drop, circling or not dropping his toy voluntarily), and can adjust my training plan to make it easier. I am also reinforcing the sit and eye contact with “cheap”, which means stay in position until the toy hits your mouth. There will be future blogs on these concepts, and I also cover them in my seminars, on line classes and physical lessons.

You can see me begin to tackle this in the training session above, and here’s the next session. More of the same, more moving toys and adding the cue Los back to the offered behavior. You can see that adding the verbal cue back does make the behavior of offered eye contact deteriorate and he starts looking at his toy again.

Here we are a couple weeks later. He’s much better! No glances away from my face, and he can even add outing off the bite pillow and focused eye contact after. I figure the bite pillow is more exciting than the dumbbell, so if he can do it off that, he can do it off a lower arousal item. I’m rewarding with a marker cue that means I’ll throw the ball to his face, since I didn’t want to maintain the criteria of still feet of the Cheap marker cue. (more about those types of things in future blogs!)

In that above training session, (edited out) when I added the dumbbell back in, he could let go and look directly at me when I had nothing else in my hand, BUT, it fell apart immediately if I held the ball in my right hand. I had a moment of… “ well, there will be no ball in my hand at trial so his behavior is good enough” and then I got itchy about not training it to perfection and realizing that if he’ll look at a ball in my hand, he’ll possibly look at the judge next to us in trial, etc… etc… So, more training sessions…

So, here we are a couple weeks/training sessions later, adding the sight and the out off the dumbbell into the picture. Still an occasional glance but much improved!

There are more steps to go to make sure this is trial ready but this is a good start!

In case you are interested, on line retrieve class starts February 1st through Fenzidogsportsacademy.com . There are some pre requisite classes required and recommended so if you are not familiar with building a toy reinforcement, make sure you pick up those as well. It’s all about the reinforcement and what the dog wants when you are teaching complex behavior chains like the retrieve!