Shade currently shares her home with Talic and Ones.
However, she’s also shared her heart with Reik, Changer, Quannah, Beauty, Ender, Jesse, Shadow, and Ryche. Below are their stories.

Reiki was Ender’s nephew and did his uncle proud with his trainability and work ethic. Reik cemented my reputation as a trainer who could remain competitive in Schutzhund at the National level, while not using correction based tools. I’ve never met a more clear headed dog, who could still hear me and control himself at ultra high levels of arousal. Reik gave me lots for free, made me look like a good trainer and was incredibly generous with his ability to figure out what I was trying to convey. He was a natural tracker, a dog with balanced drives in protection and the work ethic and motivation to perform in the long Schutzhund obedience routine. In our off season from competing in IPO, we played around in French Ring and he taught me how absolutely fun ring protection can be.

Reik and I worked our way through the rally titles, and achieved our RN with scores of 99,100 and 97. 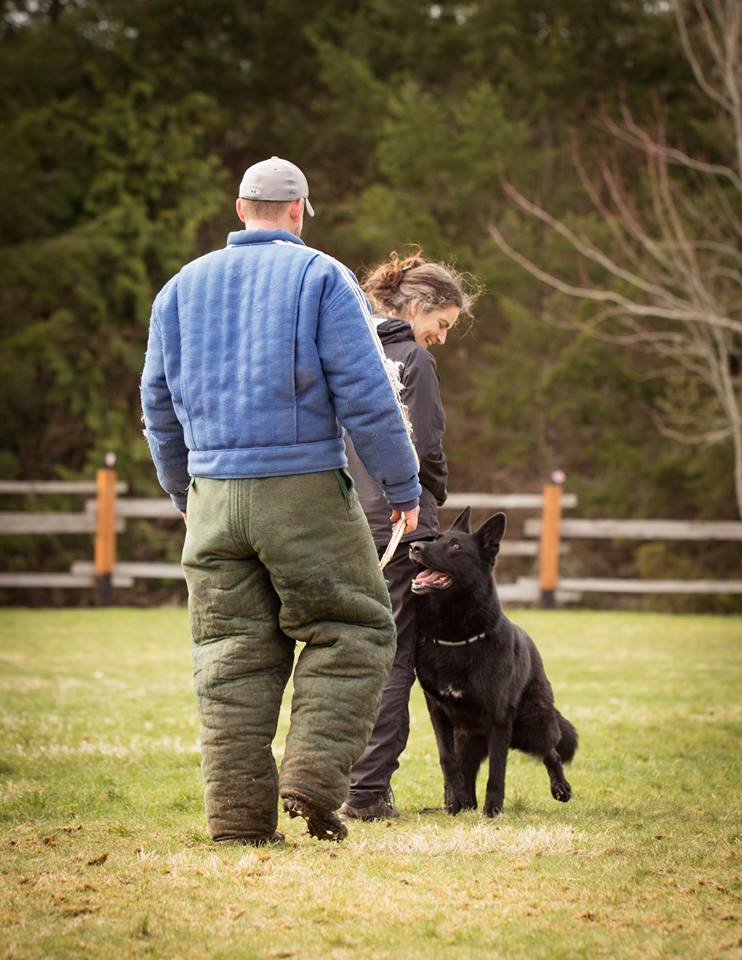 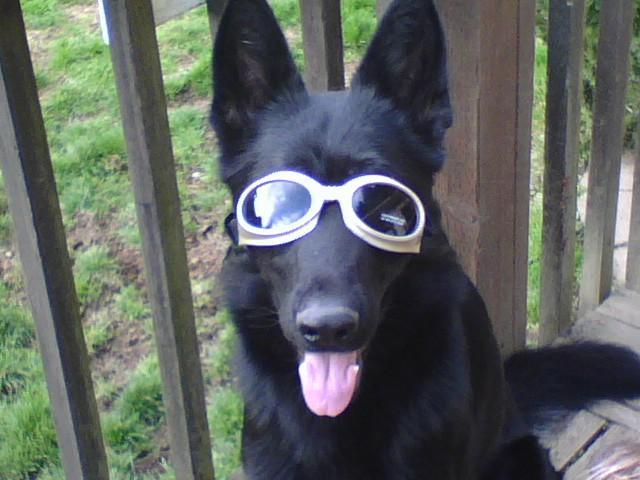 Che earned his beautiful silver face and his nickname, the “Silver Fox”, by 11 years old. He ruled the house over the younger dogs. While Che didn’t have nearly the titles that the other dogs have, he was my business partner in my physical lessons, standing in for the distraction dog in BAT sessions.

He also taught me about reactivity, arousal, dog aggression and resource guarding and proven a huge help to my knowledge of dog behavior. I would not be the trainer I am today if it weren’t for Changer. And on the not so serious side, what a goof!

Temple of the Tree’s Darwin

Quannie is my first Maliniois, first because I’m betting there will be more! Fast and quick and so smart, Quannie taught me quickly that he was no German Shepherd. Joyful about everything, happy and excited about life, Quannie was the middle dog, between Reik and Ones.

While he doesn’t have the titles on paper, Quanah taught me a lot about R+ training, and how I had such a lot to learn as a competition trainer! I learned to shape behaviors and “clicker train” with Quanah, and he put up with my crappy timing and not clear criteria. In the end, I had to honor that Quanah wanted to be a lover, not a fighter, and that IPO was not really his thing. I re-homed him a couple of years ago with my good friends, and I still see him a couple times a year. 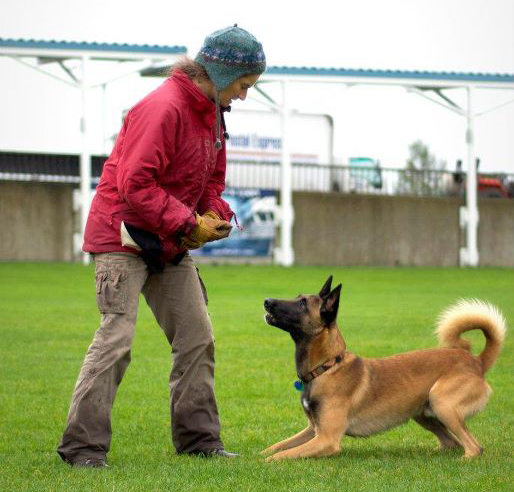 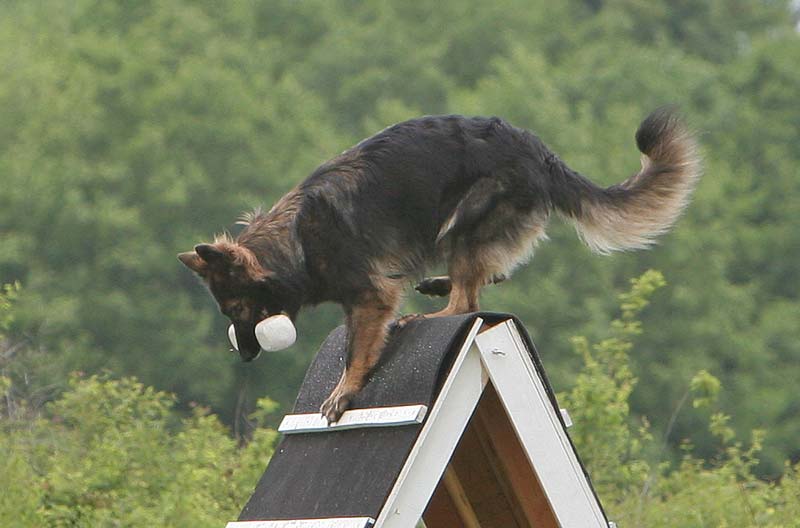 After her brother Ender’s tragic death, I “borrowed” Beauty from my friends the Ficks 3 days a week and we worked together in competition obedience and Schutzhund. She kept me sane and functioning and taught me what it was like to take an older dog with established habits and work toward precise competition behaviors. In the process we obtained our BH, our OB 1, and 1 leg of our CD. Beauty was a joy to teach, quick and fast and such a great work ethic.

Ender was my second Schutzhund 3 dog and the first one where I had an idea of what I was doing! Affectionate and social, he participated at high levels in both AKC and Schutzhund, and as my dog training business partner, also performed tricks at fairs and at my elementary school presentations. 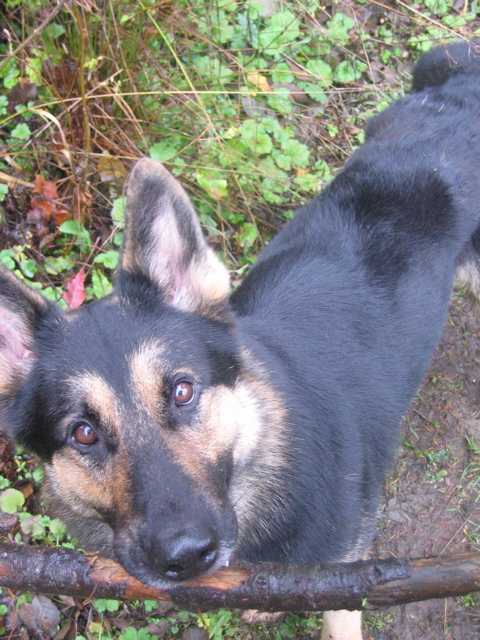 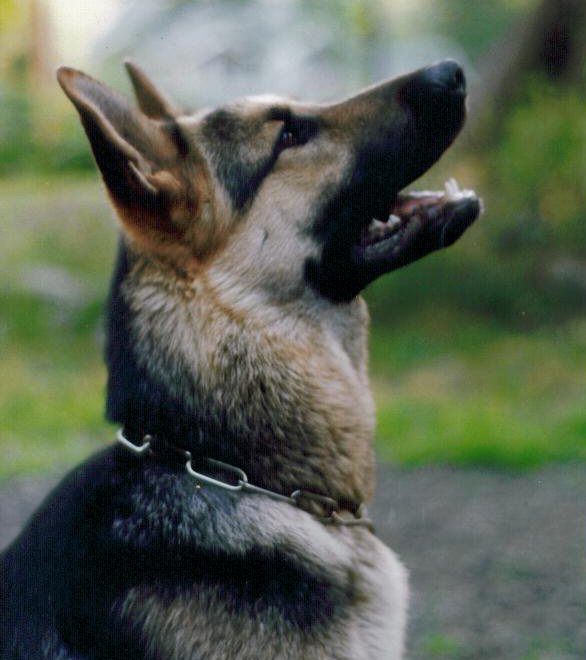 Topping the scales at a fit 95 pounds, Jess was my first working line German Shepherd and my first attempt at “channeling” a dog’s natural desires and drives rather than squelching them. He was such a great companion, and a real GSD, strong and protective yet with a stable temperament.

When he failed his Sch 2 level twice, he started me on my journey of thinking outside the box and trying new ways of explaining things to the dog. We did eventually obtain our Sch 3, a feat I am proud of to this day. Jess also added greatly to my training business, giving me the confidence that I could train and problem solve as well as showing off his impressive self.

Shadow was Jesse’s mother who I bought when she was 3.5 years old. Wow! She knew exactly what she wanted to do; kill my cats, fight my other dogs, chase deer and livestock, etc… She had motivations and prey drive that hadn’t been channeled towards humans or toys and she was one tough girl! We compromised. She made friends with the cat but never with my other bitch. 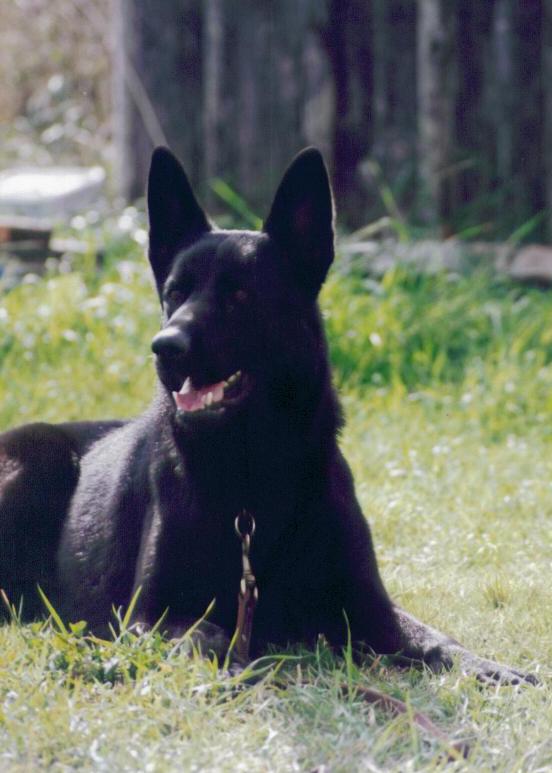 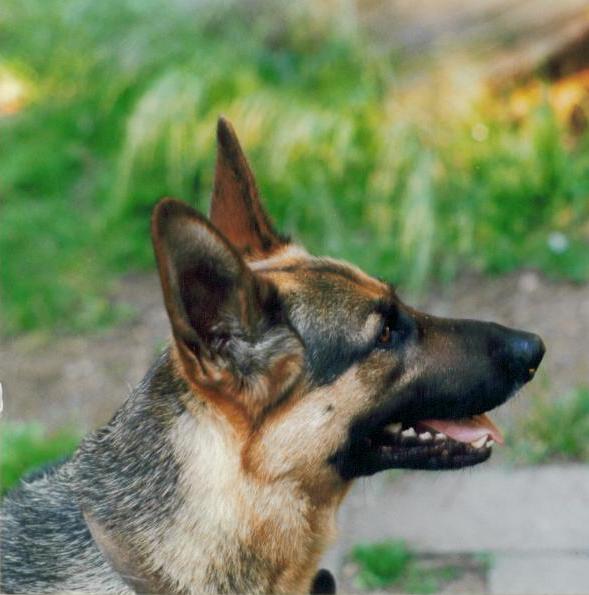 I tried many different methods, and  trainers before I found Schutzhund. It was almost like being satisfied in her need to bite led to her becoming more stable and discerning about who to bite. She ruled the household until the day she died, outliving 2 younger dogs, and lying in the living room supervising everyone.